An American In Aberdeen: He Opposes “Conspiracy Theories” – Except His Own!

An American In Aberdeen: He Opposes “Conspiracy Theories” – Except His Own!

From the Daily Record…

An ex-pastor who left the US for Scotland after the Capitol riot is working to debunk conspiracy theories that have “radicalised” religion and politics in his homeland. Jared Stacy decided to leave America after armed groups invaded the government building in Washington following Donald Trump’s defeat in the White House election. 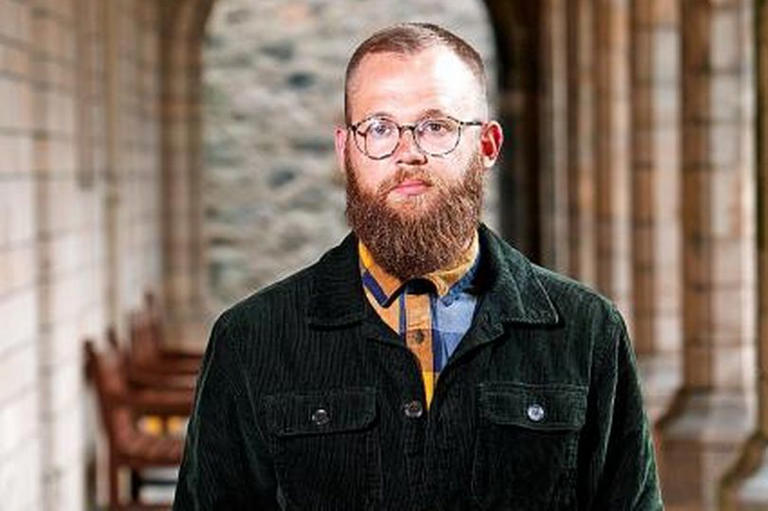 The 32-year-old blames right-wing religious groups for spreading false claims generated by the shadowy political movement QAnon. He is now working on a PhD at Aberdeen University on how conspiracy theories gripped Americans – and why many wanted the US presidential election result overturned.

Jared, who no longer identifies as an evangelist, said rioters used Christianity as justification for violent behaviour – and he became concerned when church colleagues failed to condemn it. He added: “It was all predicated on God’s will that this election be overturned and their candidate installed in office. That is dangerous.

“Men who feel like God is on their side and can’t be questioned have, throughout history, been the ones who have done a lot of damage. It’s the church’s job to perform an autopsy on itself. We can do better than say those people weren’t really Christians.”

Jared and his family lived just 40 miles from Washington and saw church “supporters” pile on to buses to join the marchers on January 6, 2021. Less than a week later, he moved his family to Aberdeen. He said he felt worn down by a church leadership which refused to debunk conspiracy theories and Christian nationalism from the pulpit.  Continues here…

I emailed the above article to some of our bloggers/readers in the USA, including RCA Victor, who wasted no time in replying…

… this article is full of lies, and whoever this “evangelist” is has drunk the Kool-Aid:

I don’t know where they dug this pitiful clown up, but they should put him back in the sewer where they found him.

So,  a couple of questions:  (1)  don’t they have enough Evangelical preachers in Aberdeen?  When I lived there, the place was full of them, so why are they importing this one from the USA. Oh, I know he claims not to be an Evangelical any more but once an Evangelical, always an Evangelical 😀  and (2) should Aberdeen put this “clown” on the next plane back to the States, since, it seems, America’s loss is also Aberdeen’s loss 😀   If you want to read more about Jared Stacy, if you really must 😀 click here

Pentecost NOT “Birth of the Church”

Editor: it is a common error, repeated often in homilies/sermons, that... read more

HUNDREDS of friends and family gathered today for the funeral of... read more

Editor writes... As we appear to be emerging from the Covid drive... read more

The extracts below are taken from an article by Kennedy Hall... read more

Comment:  Discuss any issues arising from this important Feast - perhaps  the... read more

Christianity exhorts its adherents to be charitable, but it is really... read more

November: Month of the Holy Souls…

October, 2015 Dear Faithful, We have once again arrived at this special time... read more

Extract from the published part of the Third Secret of Fatima... read more

Scottish Diocese Welcomes Community of Marian Franciscans – Thank You So Much, Bishop Robson!

China Riots – A Warning To Authoritarian Governments Elsewhere… Including UK?

Crown Prosecution Service (CPS): It Is No Longer Appropriate To Quote Parts of Bible in Public